Class 12 English Poem ” Keeping Quiet” Summary in Hindi and Simple English . with  its Important Questions and Answers in one place: This article consists of the complete Summary of a English textbook poem “Keeping Quiet” from Class 12th ncert book. Here, we discuss about keeping quiet poetic devices or keeping quiet theme from class 12 . We also discuss some of the most important and common questions and their answers in this same article. Lets study now.

Summary or Explanation of Keeping Quiet

In the poem, the poet Pablo Neruda desires a different, unique – an exotic moment. The poet suggests us to count upto twelve and keep silent to make this exotic moment – where there would be no rush and no noise.

The poet states that, all the people of the world will be together in this moment of extraordinary peace. Instead of inaction and various noises of actions, it would be a unique productive moment. In the middle of which, fishermen would not hit the whales and the salt collector would have time to relieve his injured hands.

Pablo Neruda suggests the creator of the war to clean himself and wash ill against his brothers. The poet simultaneously imagines war soldiers sitting in shady places in peace. Through this silent moment, the poet wants a moment, full of peace that avoids the worst artificial environment.

Finally, The poet also states that this external moment of silence and calm is completely different from the rest and silence that is caused by lethargy. He does not want any such moment due to lethargy. Inaction means death – which is the end of everything. Mindless activity never hurts to think and results in self-destruction.

In this way, the poet wants peaceful moment of silence, where all unwanted works would be stopped, enemies would rest together in a shady place like their brothers, all tireless busy workers can take rest and respite for next work.

About the Poet Pablo Neruda

Pablo Neruda was born in 12 July 1904 at Parral, Maule Region, Chile. Full name of Pablo Neruda is Neftalí Ricardo Reyes Basoalto. He was a Chilean poet-diplomat and politician. Neruda won the Nobel Prize for Literature in 1971. He became known as a poet when he was only 13 years old, and wrote in a variety of styles, including surrealist poems, historical epics, overtly political manifestos etc.

Neruda is one of the best and important Latin American poet of twenty Century. He was also an politician and a diplomat poet. Firstly, He used to write poem in Newspapers and Magazine.

His first poem book is “Crepusculario” and is published in 1923 at the age of 19. Secondly,His  second published book “Twenty Love Poems and a Song of Despair” was inspired by an unhappy love affair which became an instant success. In this way, this book is one of the best book from the poet.

In addition to this, three most popular books from Pablo Neruda are “Attempt of the Infinite Man” , “Rings” and “The Enthusiastic Slingshooter”. This way, just at the age of 20, Neruda became one of the best poet of latin America in 20th century.

To know more about the poet in wikipedia, Click here!

What is ‘this sadness’ that the poet refers to in the poem ‘Keeping Quiet’?

OR, What is ‘this sadness’ that Naruda talks of?

Answer: People often fail and threaten themselves with death because they do not try to understand themselves. This is the sadness we often face. The only solution for this is a silent peaceful moment with ourselves, which removes our sorrows, fatigue and makes us happy.

Why does the poet Neruda ‘wish to count to twelve’?

Answer: The poet Pablo Neruda ‘wish to count to twelve’ to create a complete silent and peace full moment after completing the counting upto 12. In this exotic silence moment, people will know themselves. This will help to eliminate our sadness to make us happy.

What are the different kind of wars mentioned by the poet in the poem?

Answer: The different kinds of wars mentioned in the poem are – green wars, wars with poisonous gases and wars with fire.

About what are we so single – minded?

Answer: Keeping our lives in motion and achieving progress is completely pointless. Those involved in this race towards materialism have abandoned their feelings and become unhappy and isolated. We are single minded about these things.

What is the meaning of ‘want no truck with death’ ?

Answer: Pablo Neruda refuses to deal with death. He does not advocate total inaction which brings the end – death. When he wants to stop all activities and keep silence , he means not a death but a quiet moment for introspection about life.

Who are the ‘brothers’ mentioned in the poem?

Answer: According to the poet Neruda, all the people in the world are the ‘brothers’. All the people are bound together by a global brotherhood feeling.

What is the exotic moment the poet Pablo Neruda wishes for?

OR, What is considered to be ‘an exotic moment’ in the poem?

Answer: The poet suggests to count upto twelve and then keep quiet. This moment of peaceful silence would be ‘an exotic moment’, when there would be no rush and noises. War would stop and enemies would set together like brothers. In this exotic silence moment, people will know themselves. This will help to eliminate our sadness to make us happy.

What will ‘counting upto twelve’ and ‘keeping still’ help us achieve?

Answer: Regarding the poet, counting to twelve and remaining silent helps us end our sufferings and keep us at peace. Thus, by remaining silent, all people are bound by the spirit of a global brotherhood.

Why does not the poet want us to speak in any language?

Answer: The poet suggests us not to speak in any language for introspection and to know the meaning of our existence. He wants everyone to know their soul and make spiritual contact with others, which does not require any language.

What is the significance of the phrase ‘on the face of the earth’ in Neruda’s Poem? 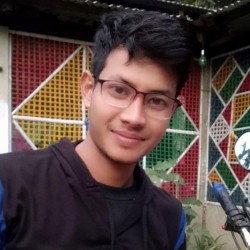